Our first trip of 2015 turned out to be a big one. My fiancé won the grand prize at her company picnic this past summer. That prize paid for most of a Disney Cruise for us and our four kids. Although it was a pretty big trip, in terms of counties, it was very small. In fact we only traveled through two counties - one of which we'd already been to.

On Sunday January 11, 2015 we flew into Orlando and spent the night at the Hyatt Regency at the airport. We found ourselves in Orange County, Florida. But having been to Disneyworld in 2014, this county was a repeat.

But the next day we got in our rented limo to head to our cruise ship in Cape Canaveral. About 25 miles to the east, on HWY 528 we crossed into Brevard County. This represented out first new county in 2015, and our 763rd overall.

Here's a picture I took of our cruise ship (the Disney Dream) in Cape Canaveral. 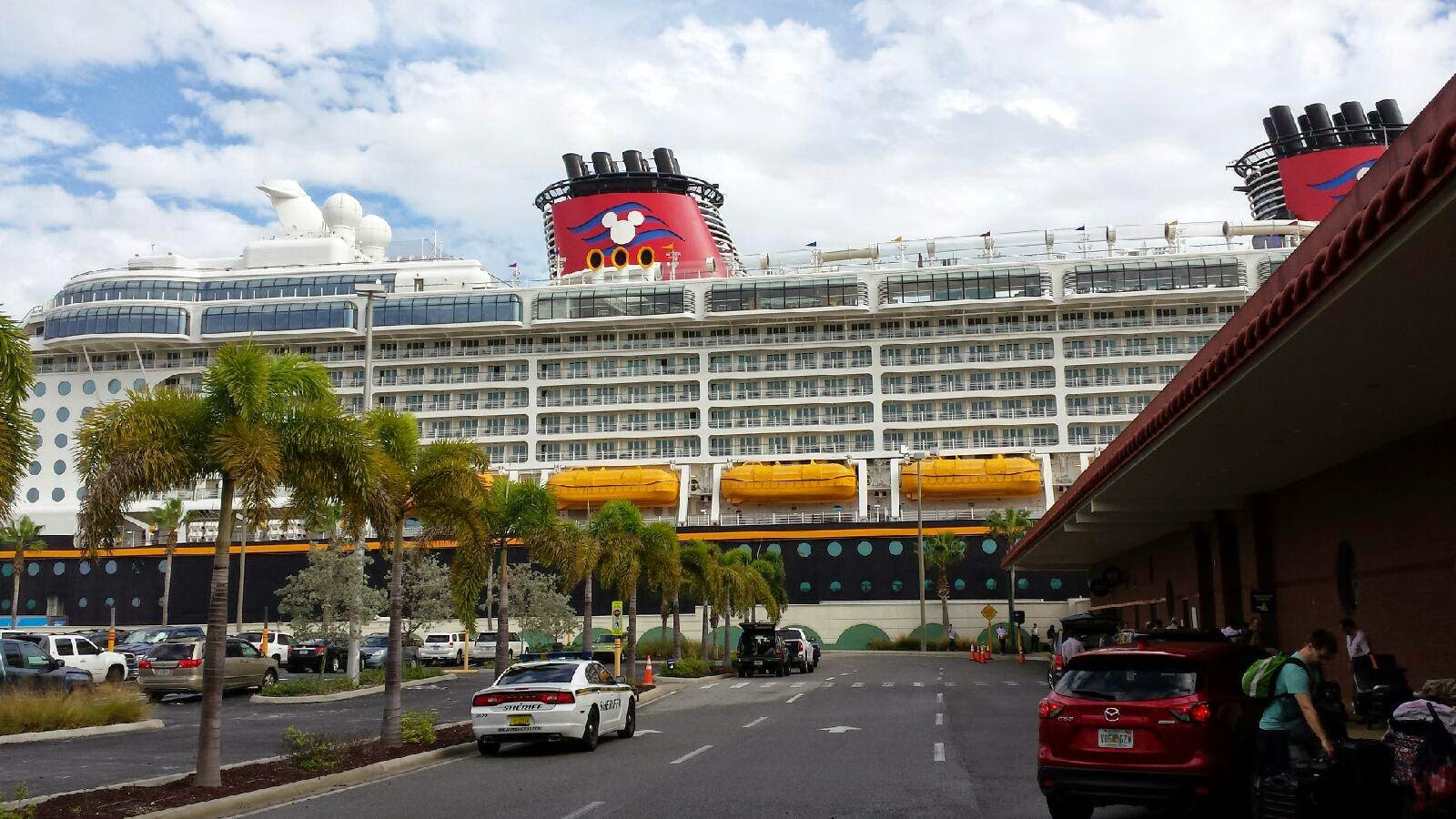 We'll have more to come in February!


7/17/17 UPDATE: We recently realized that in putting our county list together, we had inadvertently failed to include two counties that we had previously entered. On a summer, 2014 road trip, we went to Disneyland in California (Orange County). And upon leaving Disneyland for Las Vegas, we entered Riverside County as well. So even though it says 763 total counties in the post above, the actual number at the time was 765.
Posted by TWORIVERSWALRUS at 12:33 PM No comments: