EVERYTHING IS BIGGER IN TEXAS!

Including the number of counties… The massive state of Texas has a mind-boggling 254 different counties. And prior to this past weekend we’d only been through nine of them. So we had some serious work to do. We knew this was going to be a fairly county-intensive trip through some very remote areas of the Lone Star State. And it certainly was.

We got up early to make a 7:00 Saturday morning flight to Dallas, which found us setting out from the car rental place around 10:00. We had a long day in front of us. Our trip started with our touchdown in Love Field which was in Dallas County. Our destination for the night was El Paso. We headed southeast and picked up Ellis, Johnson and Somervell Counties. Near the colorfully-named city of Rainbow we took a side trip up HWY 144 a few miles to reach Hood County. After turning around to come back we continued west, picking up Erath and Eastland Counties before taking a one-mile side trip in Desdemona to pick up Comanche County. 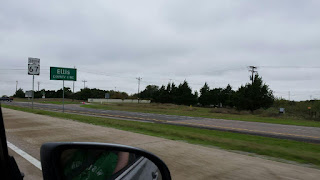 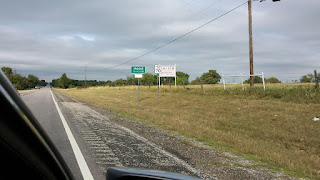 From there we hooked up with I-20 and stayed with it most of the remainder of the day. Right away we picked up Callahan and Taylor Counties. But we stopped in Abilene to visit a park full of Dr. Seuss statues. 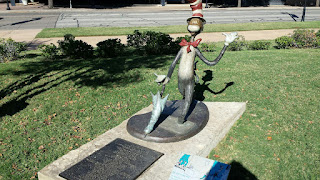 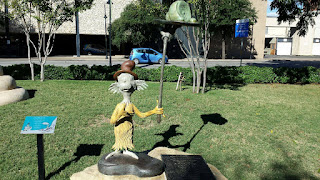 We got back on I-20 and drove through Nolan, Mitchell, Howard and Martin Counties. As we got into the city of Stanton we veered off to the south a few miles to pick up Midland and Glasscock Counties. We then went west, once again hooking up with I-20. 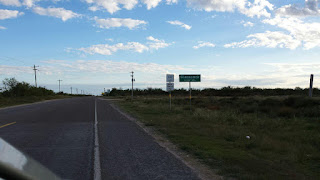 About this time I started to not feel well. Was it a spoiled Twix candy bar purchased in Abilene? I don’t know. But the rest of the day and night was very painful. But like a trooper, we carried on. Ector, Crane and Ward Counties were next.

In the city of Winkler we got off the interstate and headed north, picking up Winkler County. And at the small town of Kermit we headed west on HWY 302 and entered Loving County – the least populated county in the entire U.S. Apparently there’s only 82 people currently living there. Although you wouldn’t know it from the traffic. There are oil fields in the area. And there are a lot of big trucks zooming by. They can be especially intimidating going 75 MPH (like most of the back roads are in Texas) when you get out of your car to take a close up picture of the county sign. 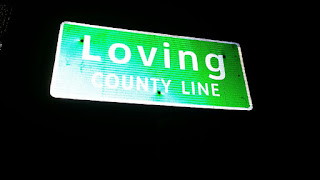 From there we headed south and picked up I-20/I-10 again, for the final stretch to El Paso. We picked up Reeves, Jeff Davis, Culberson, Hudpseth and El Paso Counties on the way. Once we’d finally made it to El Paso we went north to briefly cross over the New Mexico border to enter Otero County. We then turned around and headed straight to the hotel. Although instead of stopping at it right away, we drove right past it for a couple of miles in order to cross the New Mexico border once again. Only this time we picked up Dona Ana County. With 28 new counties under our belt we finally headed back to our hotel, the Hampton Inn & Suites El Paso for some well-earned sleep.

On Sunday morning we stopped by the Chamizal monument which marks the original Mexican/American border. The spot is a stone’s throw away from the current border. And we could see the fence as well as the road that crosses over. From there we set out for southeastern New Mexico to visit Carlsbad Caverns, in Eddy County. Unfortunately the elevators were broken. So the only option was to hike down into the cave the natural way. Since we had an additional eight hours of driving to do once we left, we didn’t have time to fully explore the caves. But we did spend some time inside. And since the elevators were down they let people in for free. The views were breathtaking. And we’re definitely planning to go back with our children someday soon. This is a place everyone should visit. We highly recommend it. 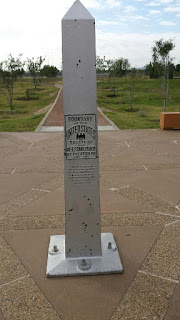 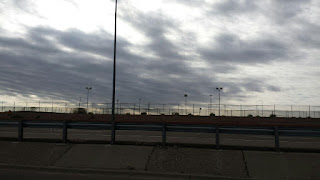 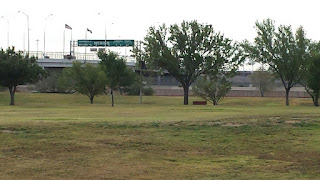 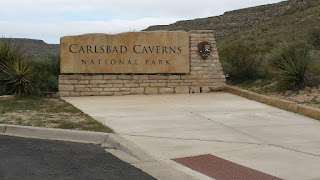 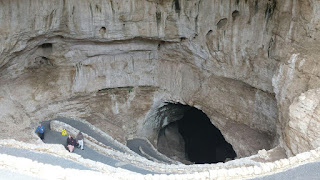 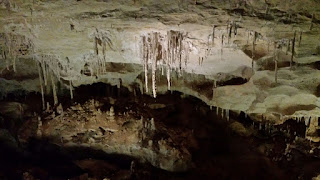 After leaving the Caverns we set out for Lubbock, Texas – in a roundabout way. When it comes to county collecting, a direct route rarely suffices. We headed east towards the Texas border, picking up Lea County, New Mexico along the way. When we finally crossed the state line we were in Andrews County. From there we headed north. Our route more or less circled around the west, north and east sides of Lubbock. There were also a few small “turnaround” side trips that picked up an extra county. Along the way we picked up Gaines, Yoakum, Terry, Cochran, Hockley, Bailey, Lamb, Castro, Parmer, Swisher, Briscoe, Armstrong, Floyd, Hale and Lubbock Counties. This area of Texas features an endless sea of oil fields and pumpjacks. And to be perfectly honest, it smelled. There are poisonous gas warning signs all over the place. Although in all honesty I think they’re placed in order to discourage trespassers. But there’s no doubt that there’s gas around. Because we smelled it for hours. According to the Mob Rule County Website this area (save for Lubbock itself) is one of the most remote and least-visited areas in the state of Texas. We definitely concur. At one point we went about 30 minutes without seeing another car. We did however see plenty of animals. We almost hit a deer, several rabbits and a few other unidentified critters. Unfortunately there was also one giant rabbit that we were unable to avoid. Based on the speed of these roads, I’m sure it didn’t suffer. 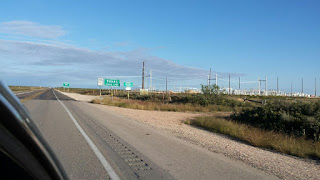 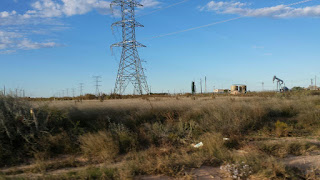 As we pulled onto HWY 62 to drive west into Lubbock, we instead took a left turn to hit Crosby County a few miles down the road. From there we turned around and headed straight toward the La Quinta Inn & Suites Lubbock North for another well-earned night of rest after a very long day.

On Monday morning we set out for our trip back to Dallas for our 6:40 flight back home. Before we left we stopped by the Buddy Holly Center. Although it was closed, we did get to see a few statues, as well as the house where he wrote the hit “That’ll Be The Day.” 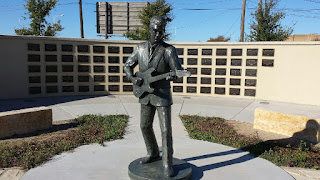 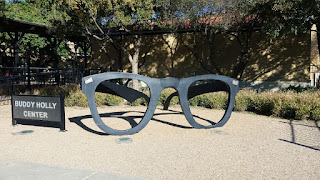 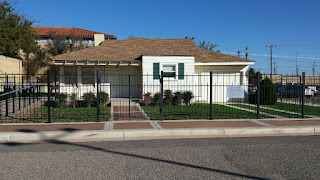 Once we left town we headed south on HWY 87 (picking up Lynn County) until we got to the city of Tahoka. From there we headed east on HWY 380 and drove 14 miles through cotton fields to the Garza County border. We generally don’t drive that far just to “turnaround” and go back. But in the spirit of “No county left behind” it made much more sense to hit this one now than to go even further out of our way to reach it in the future. So we enjoyed our 30 seconds in Garza County. 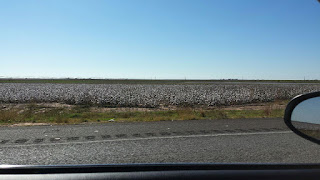 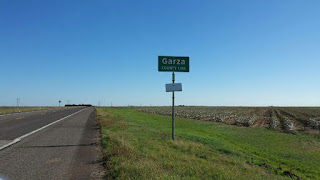 Once we turned around we eventually hooked up with HWY 180 going east toward Dallas/Fort Worth. And in a very rare move for us, we actually stayed on this road for several hours. Along the route we picked up Dawson, Borden, Scurry, Fisher, Jones, Shackelford, Stephens, Palo Pinto, Parker and Tarrant Counties. Once we got into the Fort Worth area we realized that we had some extra time to kill. So we headed northwest and picked up the bonus counties of Denton and Collin. After that we simply headed 10 miles south to the car rental place to catch the shuttle to the airport. We still had some extra time. But instead of more county hopping we opted for the Whataburger inside the Love Field Airport.

When it was all said and done we’d traveled just over 1800 miles in three days. We got into 61 new counties. County-wise this was one of our most productive three-day weekends ever. And as big as Texas is, it was nice to finally make a major dent into it. The remote areas we went through made it a little less interesting than some of our other travels. But it was still fun. We can’t wait to go back and see some more of what Texas has to offer.

So what’s next? We have a small road trip planned for December which will cover some areas in southeast Illinois and southwest Indiana. We also have a wedding to attend in the St. Louis area in January. We might possibly pick up a couple of bonus counties there too. We’ll find out soon. We’ll see you then!


7/17/17 UPDATE: We recently realized that in putting our county list together, we had inadvertently failed to include two counties that we had previously entered. On a summer, 2014 road trip, we went to Disneyland in California (Orange County). And upon leaving Disneyland for Las Vegas, we entered Riverside County as well. So even though it says 1252 total counties in this post above, the actual number at the time was 1254.
Posted by TWORIVERSWALRUS at 10:47 AM 5 comments: