Our first road trip of 2015 found us spending Valentine’s Day weekend traversing the state of Iowa. This was actually our second road trip in Iowa where knocking off counties was our primary focus. Iowa often has a reputation for being somewhat boring and having “nothing but corn fields.” That never bothered us too much. There are fun things to find if you know where to look. What does bother us is the fact that while traveling into remote areas you’re bound to find yourself having to spend time on gravel roads. One time we even found ourselves on a “road” that was actually a dirt field. I kid you not! (Check the corner of Mockingbird Ave. and 350th St. near Brayton – not to mention the tree in the middle of the road a half-block to the right.) Thankfully, while we saw many gravel roads on this trip, our route managed to avoid every single one of them.
We drove into both Blackhawk and Bremer Counties, before spending the night at a Hilton Garden Inn in Cedar Falls. The following morning we set out for Omaha – with a few side trips of course. We pulled off highway 20 and made our way through Grundy County and up into Butler County. I managed to take a picture of one of the many gravel roads we would encounter. 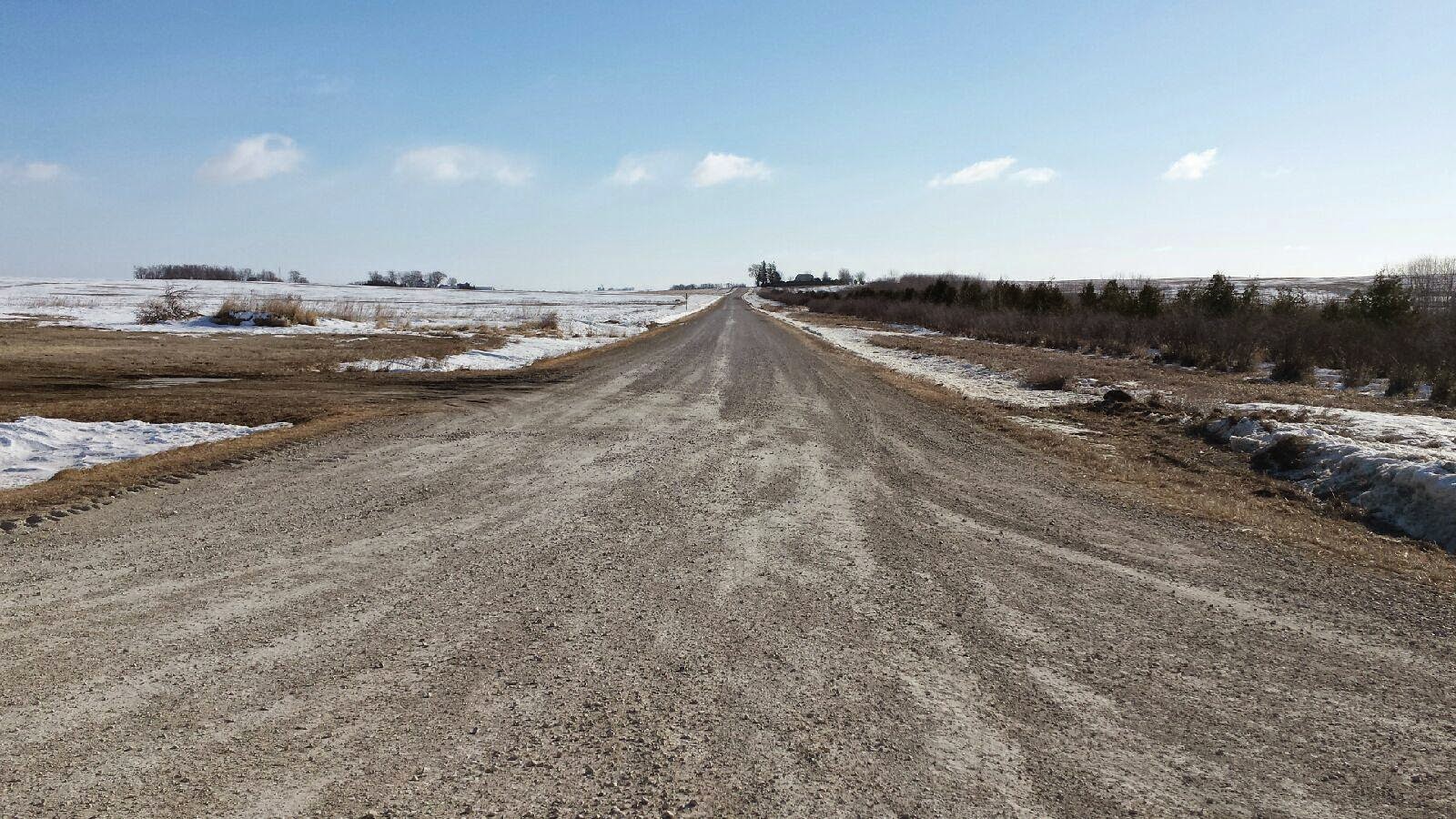 From there we sort of zigzagged through the “third and fourth row” of Iowa’s counties, moving from east to west covering Hardin, Franklin, Hamilton, Wright, Webster, Humboldt, Pocahontas, Calhoun, Buena Vista, Sac, Ida, Cherokee, Woodbury and Plymouth Counties. We then reached the state border and crossed over into South Dakota – knocking off Union County there. During that stretch we found a landlocked lighthouse and the world’s largest popcorn ball – which was a bit moldy. 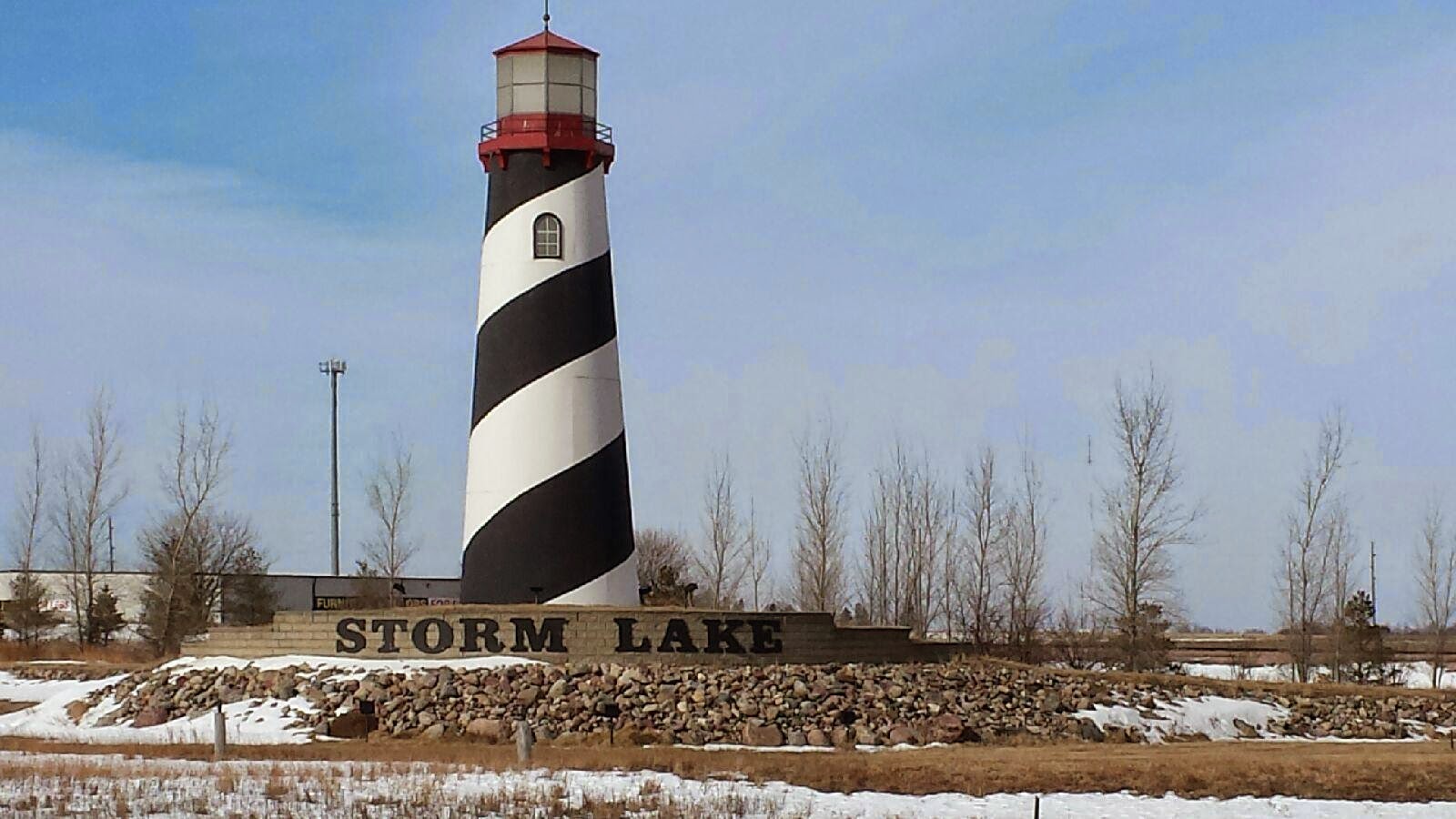 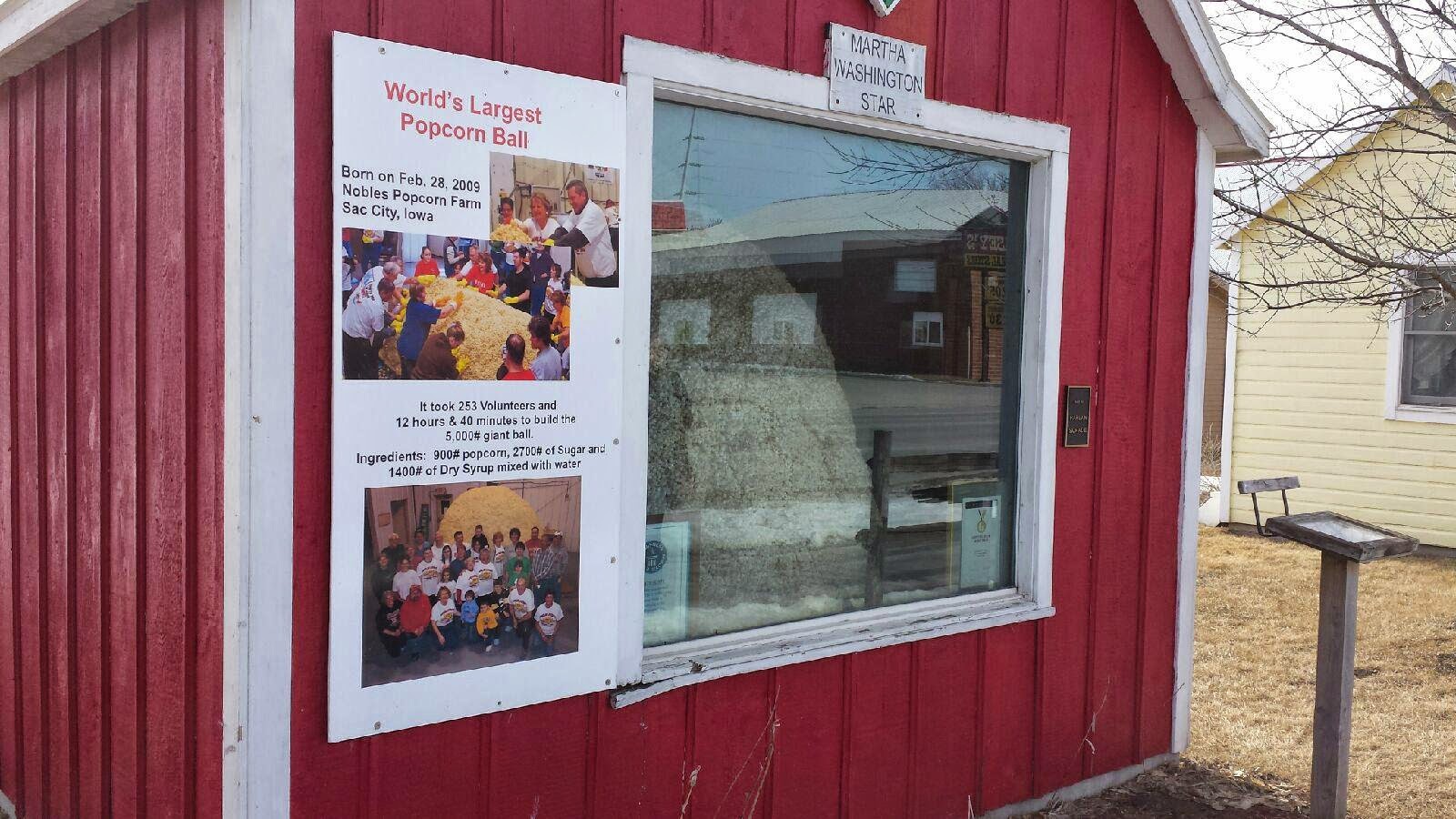 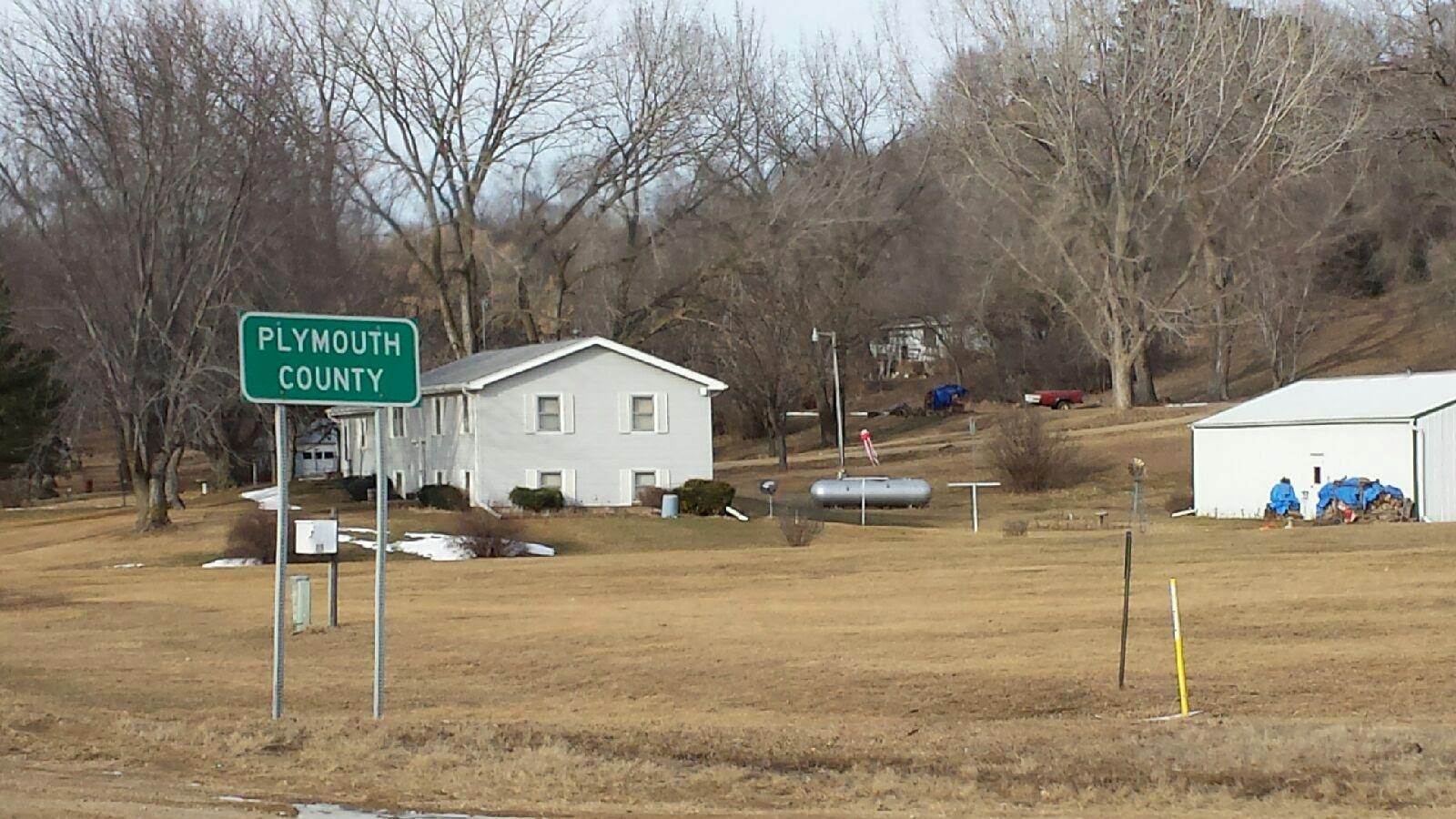 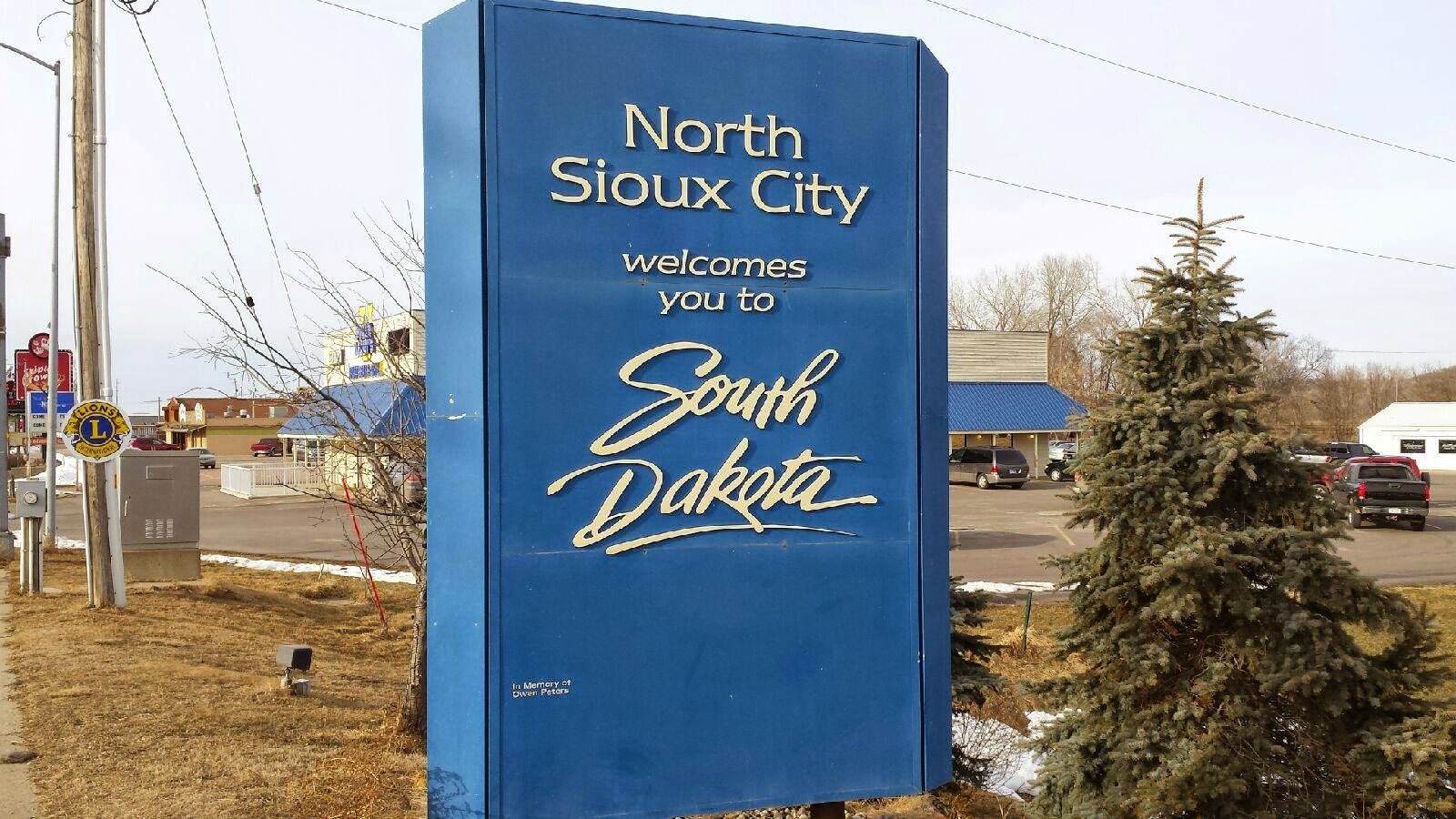 Once we crossed back into Iowa, we then crossed the border into Nebraska. Again we zigzagged south, crossing in and out of Iowa and Nebraska several times. In doing so we hit Dakota, Thurston, Burt and Washington Counties in Nebraska, and Monona and Harrison Counties in Iowa. We then settled in for the night at the Sheraton hotel in Omaha. For the first time in a long time, neither of our two hotels on this trip had refrigerators in the room. Oh well. We’d been in Omaha before. So that county wasn’t new to us. But a visit to the pedestrian bridge connecting Iowa and Nebraska was. 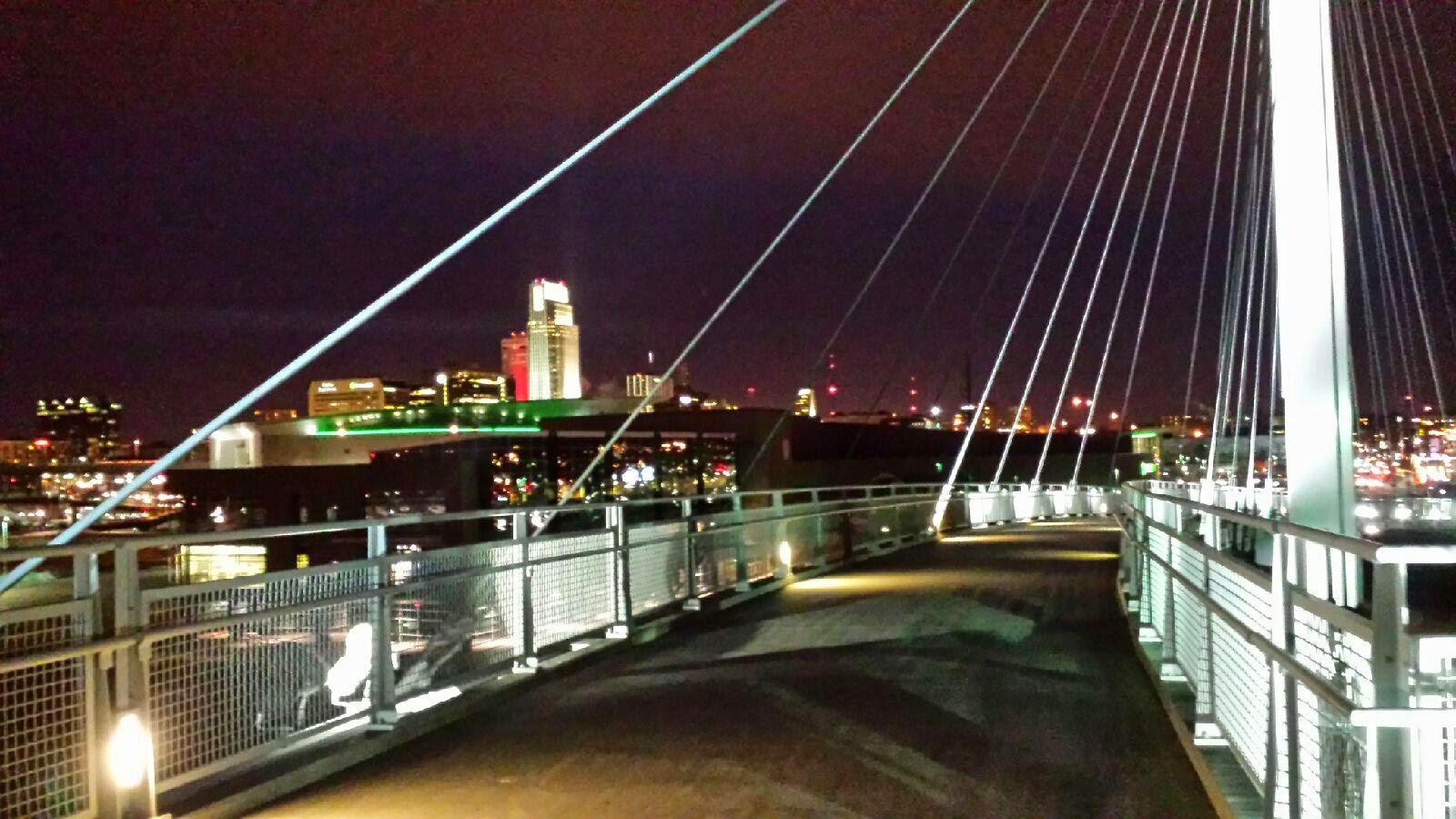 The next day we headed back home. We headed south from Omaha, eventually hooking up with highway 34 – which we more or less followed from the west end of Iowa to the east. The new counties we hit in the first part were Mills, Montgomery, Adams and Union. We then crossed into Clarke and Warren Counties – two we’d hit about six months earlier. Then we crossed into Lucas, Marion, Mahaska, Monroe Wapello, Keokuk, Jefferson, Henry, Washington, Louisa and Muscatine Counties. Along the route we found a really cool restored Phillips gas station, the grave of the oldest man to enlist in the Civil War, and the house from the famous “American Gothic” painting. 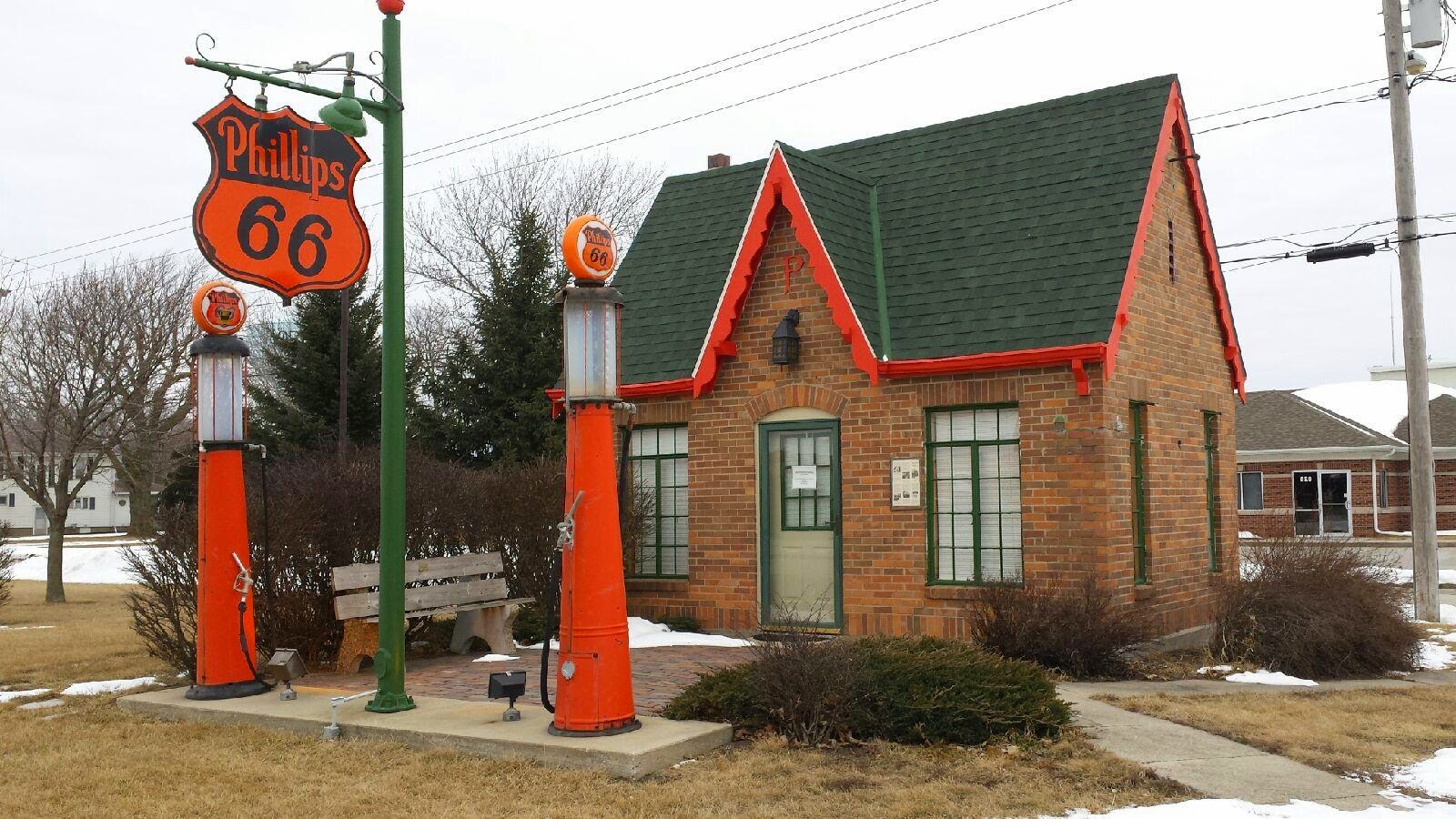 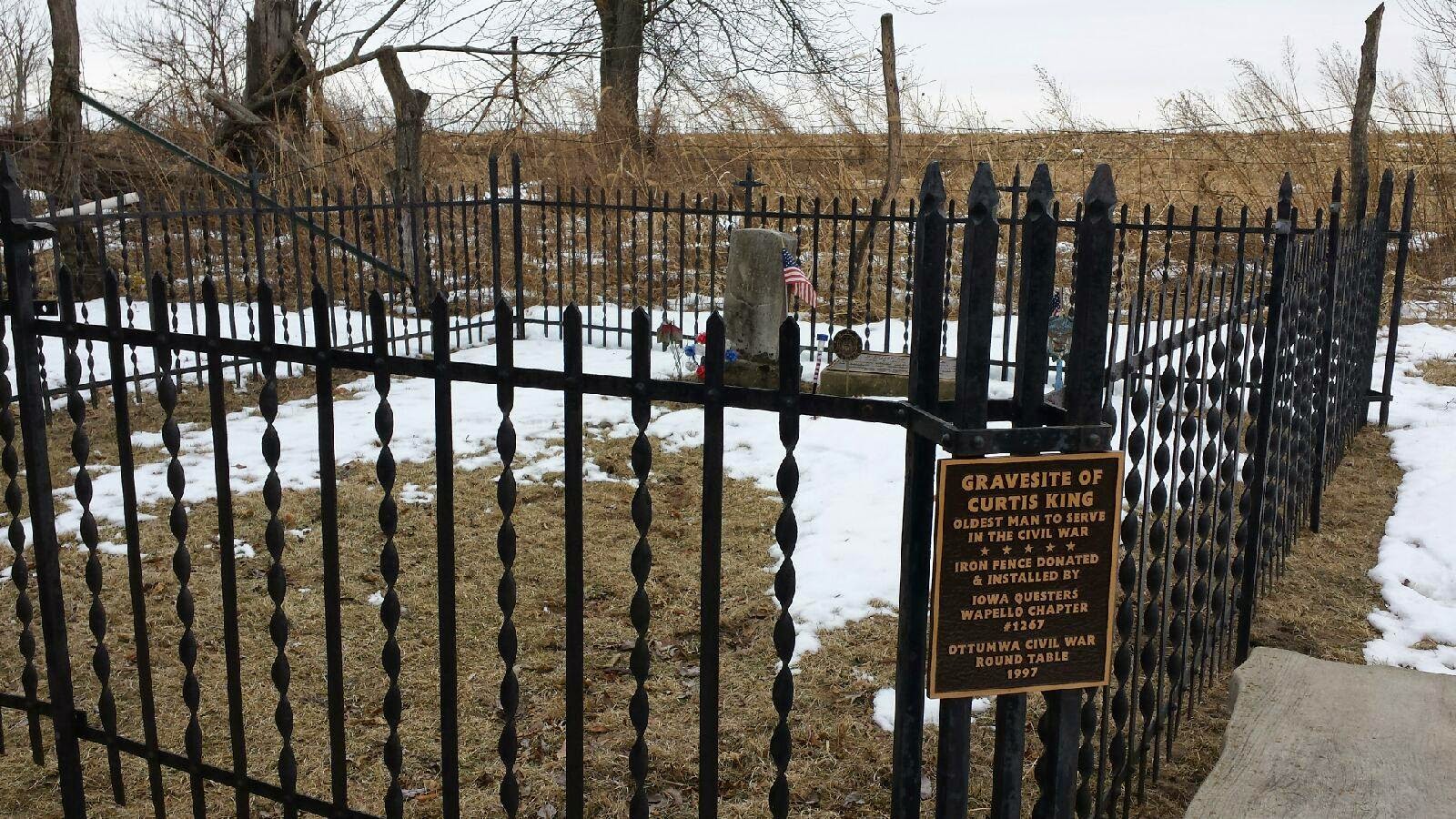 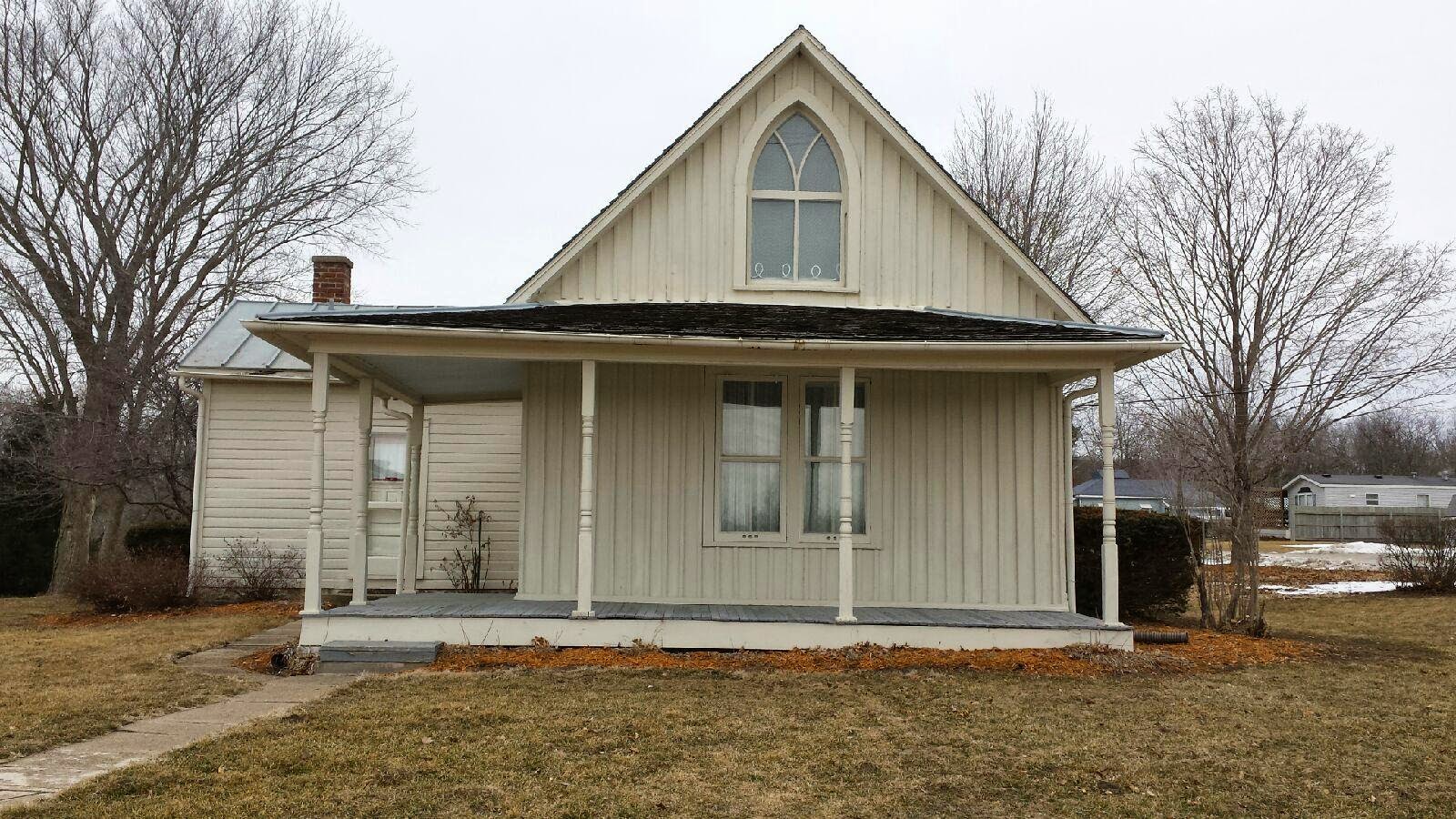 The last scheduled stop we made was in the above mentioned Louisa County. In the small city of Columbus Junction you’ll find an old swinging bridge. It rocks and sways when you’re on it. It might not be for the faint of heart. It was pretty cool though. 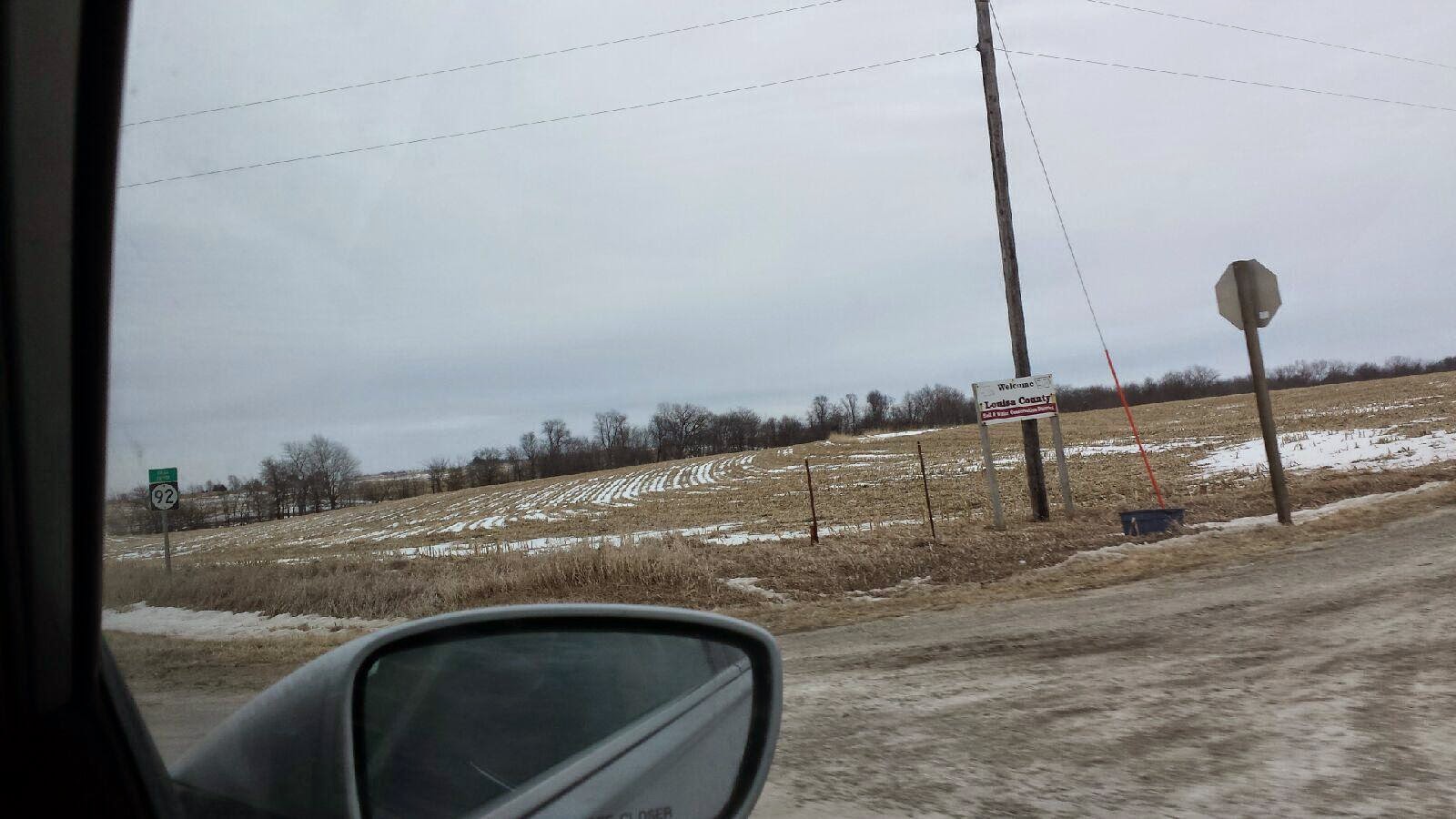 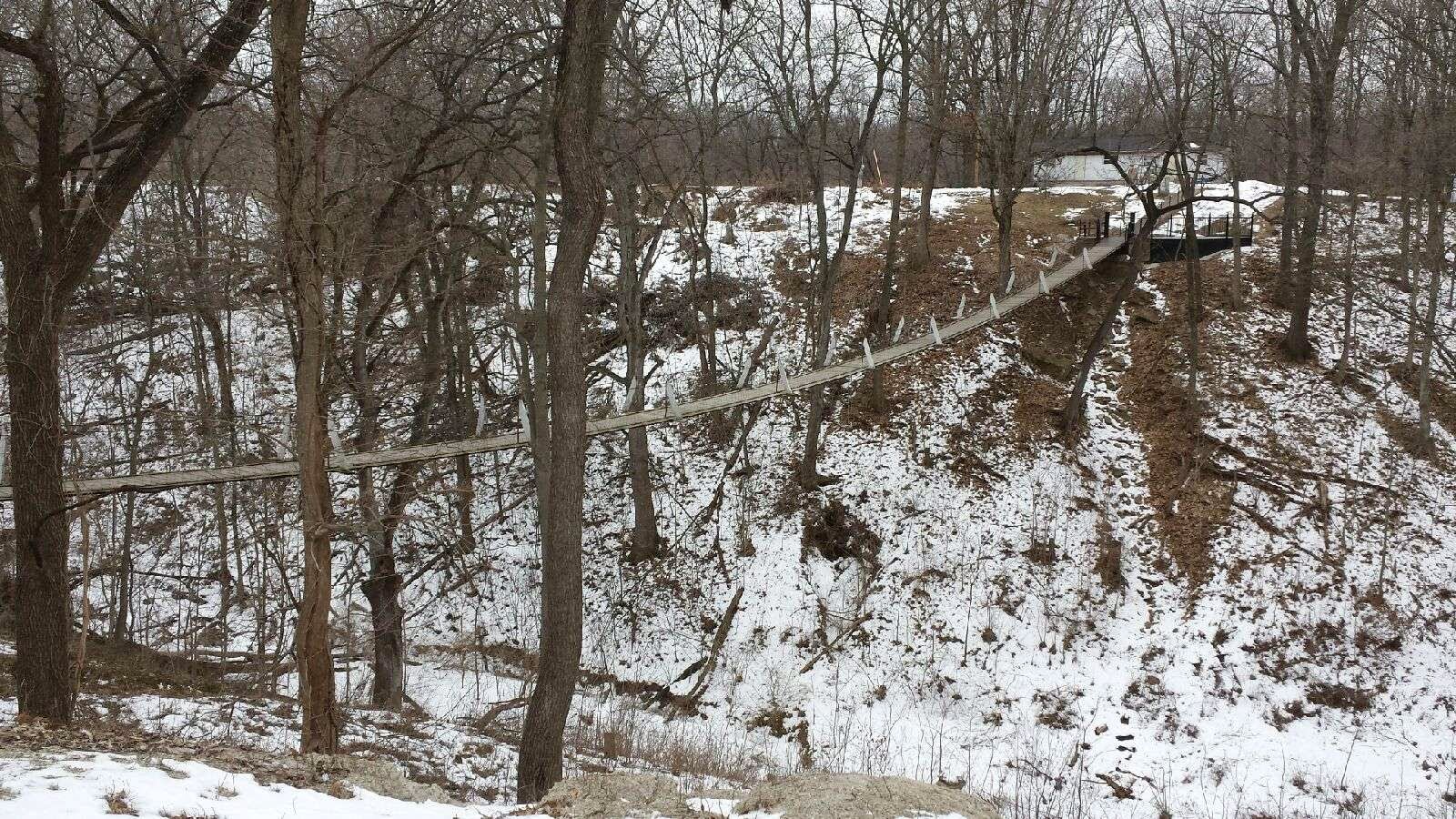 Once we passed through Muscatine County, our new counties were finished. We added 40 new ones to bring our total up to 803. We now have just over 25% of them covered. The next trip we have is scheduled for Easter weekend. We’ll see you then!


7/17/17 UPDATE: We recently realized that in putting our county list together, we had inadvertently failed to include two counties that we had previously entered. On a summer, 2014 road trip, we went to Disneyland in California (Orange County). And upon leaving Disneyland for Las Vegas, we entered Riverside County as well. So even though it says 803 total counties in this post above, the actual number at the time was 805.
Posted by TWORIVERSWALRUS at 1:17 PM No comments: