The third weekend in October found us taking a short road trip with the kids. Our destination was Mammoth Cave in Kentucky. On Friday night we drove to our hotel in Indianapolis – the Hilton, Downtown. With the time change, we arrived pretty late. Unfortunately we ended up sleeping in too late on Saturday morning. We ended up missing our free breakfast. And south of Indianapolis, I-65 had some major construction which cost us about 40 minutes of time. Suddenly our Mammoth Cave tour was in jeopardy. Our tour was at 1:45. And with three hours to go, our GPS said we’d arrive at 1:41. Considering that we still needed to stop and get gas, as well as check in to receive our tickets, we decided to call and change our tour to the following day.

Once we’d changed our tour date, we decided to completely reverse our trip. We immediately went east and headed towards the Cincinnati area near the Indiana/Ohio border. Since we were so close, we decided to stop and visit the grave of President William Henry Harrison. After visiting the president we headed in a southwest direction towards our hotel in Louisville. But as county collectors, we of course took a less-than-direct route.

Our road paralleled the Ohio River for awhile until we crossed into Ohio County – our first new county of the trip. About 10 miles later we entered Switzerland County. These two counties are two of the rarer counties to reach in Indiana. So it was nice to finally get to them. We then stopped for gas before crossing the river and entering the state of Kentucky – and Gallatin County. 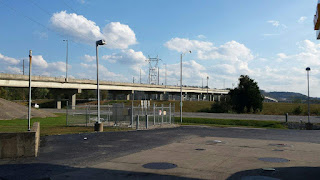 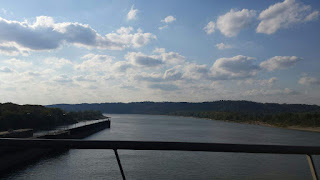 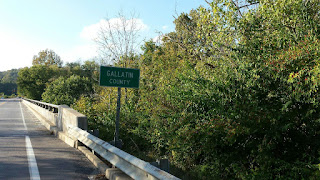 We drove past the Kentucky Speedway on the way to our next stop, the city of Sparta. It was a tiny little town. But once we arrived, we drove through it and crossed a little creek, entering Owen County. From there we turned around and went back. We then found I-71and went southwest, all the way to Louisville. This portion of our trip was direct. And we drove through Carroll, Trimble, Henry and Oldham Counties. 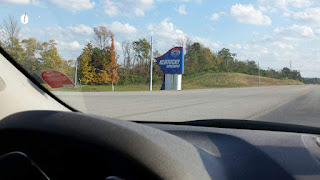 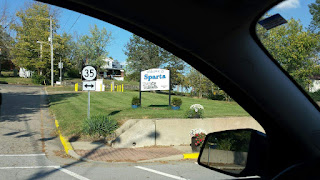 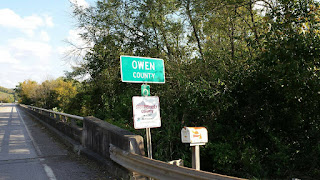 We arrived at our hotel (The Embassy Suites by Hilton Louisville East) at a reasonable time. We relaxed the evening away with some Jets Pizza (fantastic and highly recommended) and a swim in the pool.

On Sunday we got up at 5:30. We had five hours before our scheduled tour. But we also had over three hours of driving to do to get there. Our first step was to go south through the cities of Taylorville and Bloomfield, picking up Spencer and Nelson Counties respectively. From there we tried to find the city of Manton. It showed up on maps. But it would not show up on our GPS. And Manton is very close to the tri-County area of Nelson, Washington and Marion Counties. We never actually found a city sign for it. In fact the city may not even exist. Because although we found the road, we saw know evidence of Manton. Our maps didn’t even seem to match the roads in the area. But we found the county signs to verify we were there. 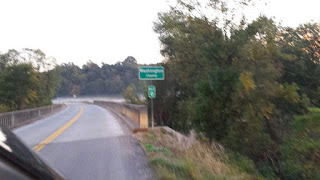 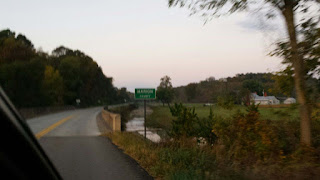 From there we headed mostly south towards the city of Campbellsville and Taylor County. At that point we drove through some windy backwoods roads to another tri-county area of Green, Adair and Metcalfe Counties. We drove through Green County to get there. And in the spirit of “no county left behind,” about five miles south of the town of Exie, we turned onto a road that looked like a driveway. We drove through it (which looked like we passed through the yard of the house next to it) and found a gravel road beyond it. There were no signs. But we entered into Adair County, thus completing our new counties for the weekend. From there we drove west through Metcalfe County and headed right towards Mammoth Cave. 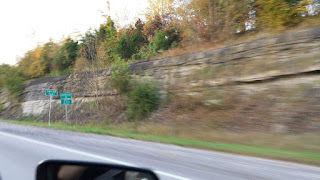 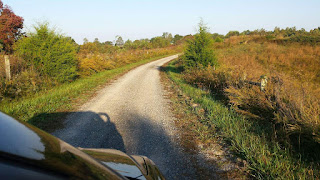 We did the “Domes & Drips” tour – which was very cool. After we were done we began our long drive home. But we made a stop a few miles north of the Cave to see the “Kentucky Stonehenge” – a Stonehenge replica that a guy constructed (with real rocks) in his yard. It was quite a sight to see. 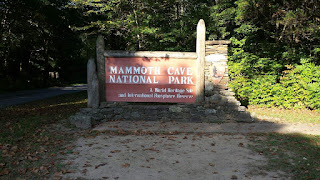 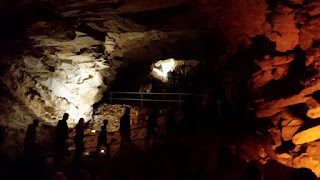 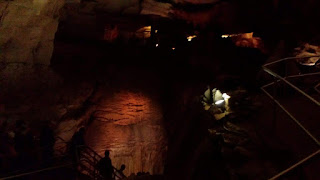 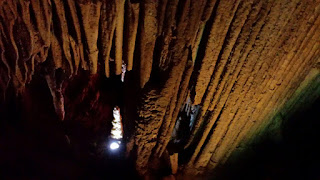 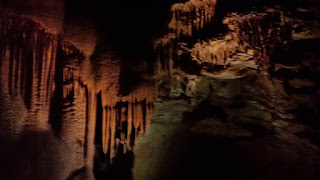 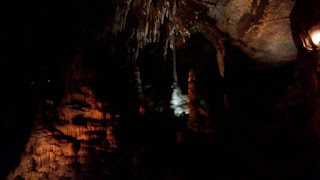 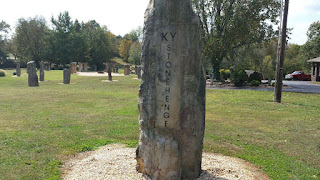 Before heading home, we had one final stop. We stopped in Louisville to drive through the Cave Hill Cemetery for a visit to the gravesites of both Colonel Harland Sanders and the recently-deceased Muhammad Ali. 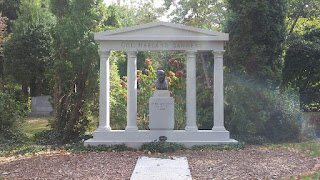 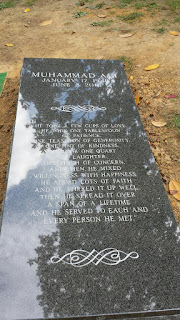 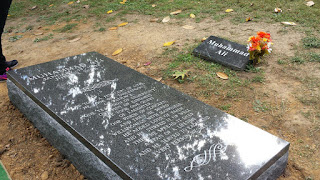 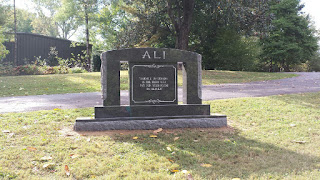 After that we had about 6.5 hours of driving in front of us to get home. Since there were no new counties to hit along the way, it was a straight shot all the way – which is highly unusual for us!

County-wise we added 16 new ones to our list. That’s relatively small for us. But for a regular two-day weekend, it’s not bad. Now what’s next? Well next month we have a small trip planned for the northeast where we hope to finish off several states. Stay tuned!


7/17/17 UPDATE: We recently realized that in putting our county list together, we had inadvertently failed to include two counties that we had previously entered. On a summer, 2014 road trip, we went to Disneyland in California (Orange County). And upon leaving Disneyland for Las Vegas, we entered Riverside County as well. So even though it says 1496 total counties in this post above, the actual number at the time was 1498.
Posted by TWORIVERSWALRUS at 1:27 PM