For the 4th of July long weekend we decided to visit our next–door neighbor, Minnesota. There is a vast area in the northern part of the state – counties that are rare visits even for county collectors. Our goal was to finish them all off – and see part of North Dakota in the process. As this was a last minute trip, we didn’t have any major sights lined up to go visit. Of course the area, while very beautiful in the summertime, is pretty remote. There are a lot of lakes and very few cities.

We decided to leave from my in-laws’ home on Sunday morning. They live about an hour from the border. We followed HWY 8 into Minnesota. Once we reached the city of Cambridge we turned north on HWY 65 and drove into Kanabec County, our first new county of the road trip. We continued in a general northerly direction and entered Mille Lacs County. At one point the road we were on actually hugged both counties at the same time. 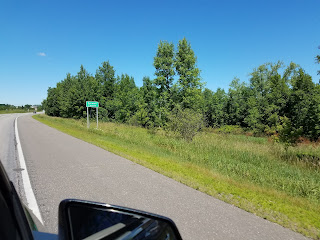 As we passed by Mille Lacs Lake we crossed into Aitkin County. We headed west through the city of Aitkin, and entered Crow Wing County about five miles later. Shortly thereafter we turned north on HWY 6. About 15 miles later we entered Cass County and further on, Itasca County.

Following HWY 46 and HWY 72 we wormed our way further north picking up Koochiching, Beltrami and Lake of the Woods Counties. Finally we reached Roseau County, and the city of Warroad – the northern-most point on our trip. From there we took a southwest path towards North Dakota on HWY 11. We followed this into Kittson County. At the city of Donaldson we took a detour south on HWY 75. Two miles later we crossed into Marshall County. 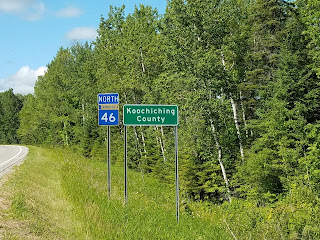 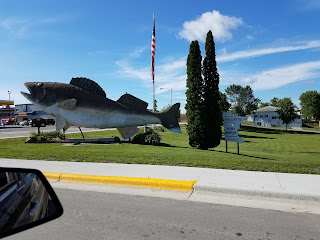 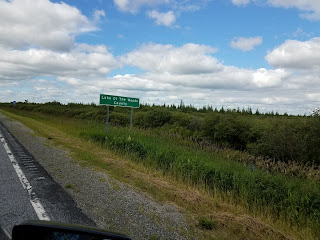 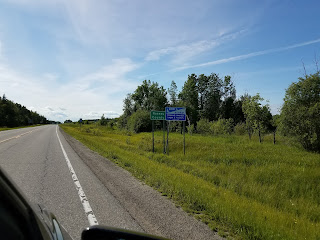 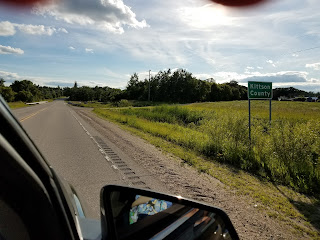 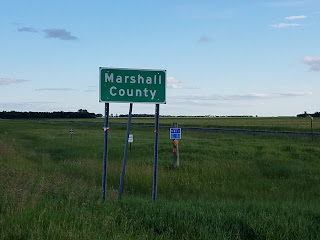 From there we turned around, got back on HWY 11 and drove right into North Dakota and Pembina County. At the city of Drayton we got onto I-29 and headed straight for our hotel – the Baymont Inn & Suites Grand Forks. We picked up Walsh and Grand Forks Counties on the way. After a quick stop at Jimmy John’s for a late dinner, we retired to the hotel for the night. 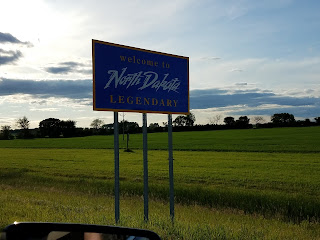 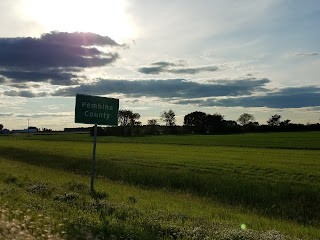 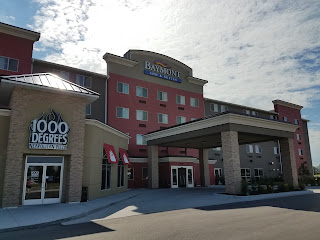 On Monday we had a rather leisurely drive (for us anyway) of about 6.5 hours. There wasn’t a lot of excitement on the drive however. So it seemed longer. We started the day by picking up two “bonus” counties in North Dakota. We went south on I-29 with a destination near the city of Hatton. A few miles north of it we entered Traill County. The next county required a drive on a gravel road through what appeared to be a corn field. There was no sign. But nonetheless we briefly crossed the “road” and turned around in Steele County. No county left behind! 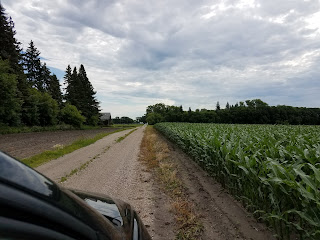 Leaving North Dakota behind we headed east on HWY 15 back into Minnesota and Polk County. We drove around the city of Crookston and headed northeast until we reached the city of Dorothy and Red Lake County. At Dorothy we drove a few miles north on HWY 3 and briefly crossed into Pennington County. 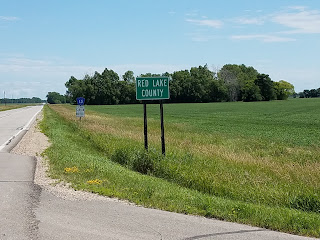 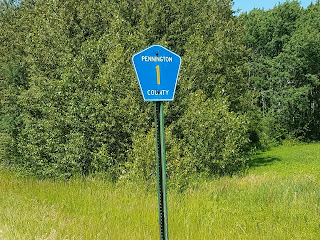 We then headed both south and east towards the city of Mahnomen– where we stopped to get lunch at Subway. We picked up Norman and Mahnomen Counties on the way. Five miles later we got onto HWY 113 at the city of Waubun. We went east and stayed on the road for about 40 miles. Along the way we crossed into both Becker County and Clearwater Counties. The road ended one mile into Hubbard County as well, where we got onto HWY 71 and headed due south. We followed this all the way to the city of Wadena, and Wadena County. From there we headed in a southeast direction on HWY 10. We were able to follow this road all the way to St. Cloud, where our hotel was. On the way we picked up Morrison and Benton Counties. St. Cloud actually is located in three different counties. We had to take a brief three-block detour to pick up Sherburne County before heading to our hotel – the Country Inn & Suites by Carlson – St. Cloud. 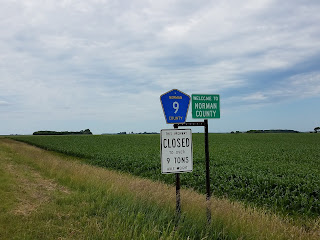 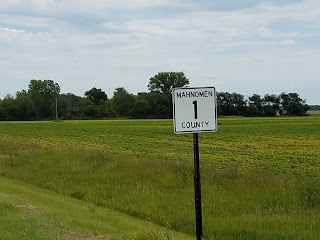 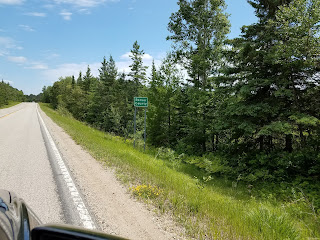 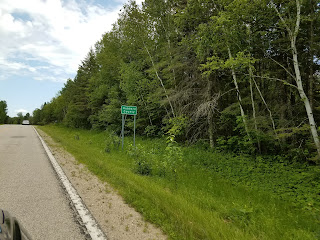 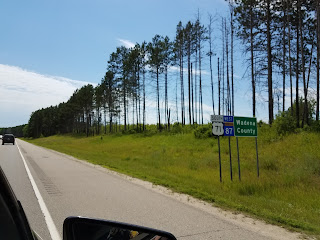 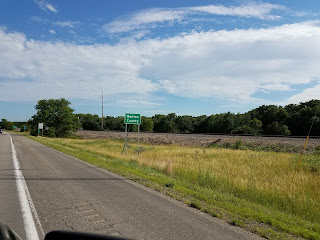 Since we had plenty of time for a change, we decided to take in dinner and a movie. So we picked Mexican food at the LA Casita Restaurant. Then we headed over to the Marcus Parkwood Cinema to see the film “Baby Driver.” 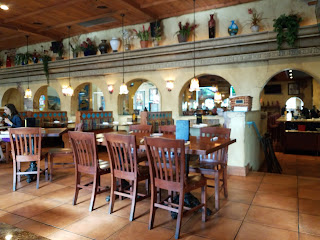 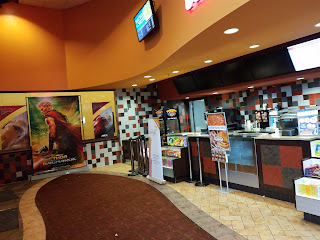 On Tuesday we had about 9.5 hours of drive time to get home. But we still had 12 counties to reach. So even though home was east, we started our day by heading west. We entered Kandiyohi County, eventually reaching the city of Willmar. From there we headed northwest, crossing into Swift County. Once we were in we turned due south at the next road and followed a gravel road into Chippewa County. 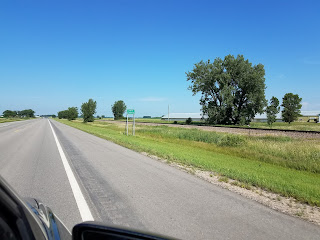 From there we finally set out back east towards home. As we headed towards the city of Stewart, we picked up Meeker, Renville and McLeod Counties. From Stewart we headed towards Henderson, picking up Sibley County, crossing the Minnesota River and entering Le Sueur County. Our last destination city was Dennison. Once we reached it we had picked up Rice County and Goodhue County – our last two new counties of the trip. Goodhue County also happened to be the last county bordering our home state of Wisconsin that we had not yet been too. Apparently our route also got us very close to some "Little House On The Prairie" sights. But we didn't have time to stop and tour. 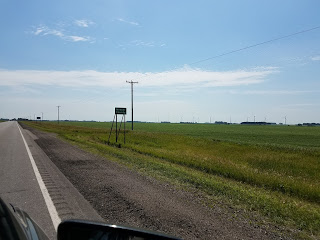 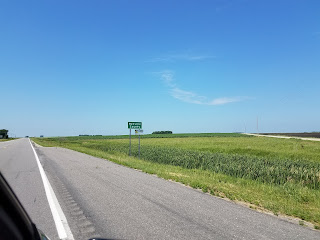 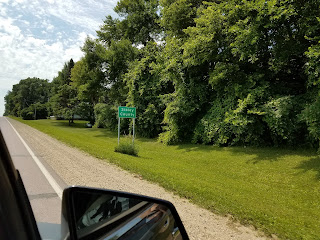 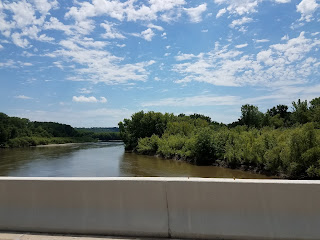 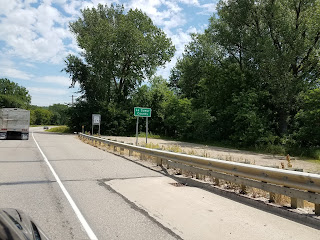 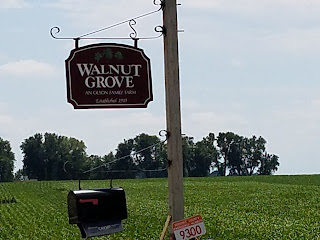 All in all we picked up 39 new counties in the two states – not bad for a last-minute impromptu road trip. We didn’t have any extra activities planned. So we didn’t see much more than the countryside. But we still had plenty of fun. What’s next? That remains to be seen. We’re getting married next month. But a honeymoon is not yet planned. There’s a good chance we may spend a week in Las Vegas. But if we do that… bet money we won’t stay put in Vegas for that entire week. So stay tuned!


7/17/17 UPDATE: We recently realized that in putting our county list together, we had inadvertently failed to include two counties that we had previously entered. On a summer, 2014 road trip, we went to Disneyland in California (Orange County). And upon leaving Disneyland for Las Vegas, we entered Riverside County as well. So even though it says 1670 total counties in this post above, the actual number at the time was 1672.
Posted by TWORIVERSWALRUS at 10:40 AM