Taking advantage of a three-day weekend, we used a couple of Southwest Airlines vouchers to take a trip to San Francisco. We left on Thursday evening, arriving in San Francisco around 10:00 PM. The airport (and our hotel) was in San Mateo County – our first of many new counties for the weekend. We spent the night at the Best Western Plus, Coyote Point. And on Saturday we started our sightseeing.

On Saturday morning we checked out and drove up to San Francisco – which is in San Francisco County. We weaved through the city streets enjoying the ridiculous hills as well as the extremely crooked portions of both Vermont and Lombard streets. We also saw Fisherman’s Wharf and the sea lions (or in this case just one sea lion) by Pier 39. The tickets to visit Alcatraz were sold out. So all we could do was stare at it from the shore. From there we crossed the Golden Gate Bridge and entered Marin County. The county border is actually halfway across the bridge. 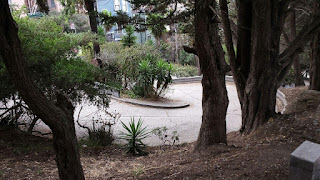 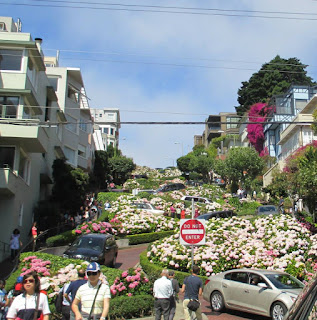 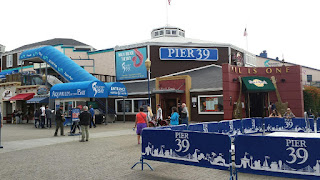 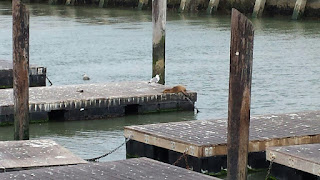 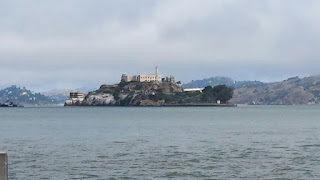 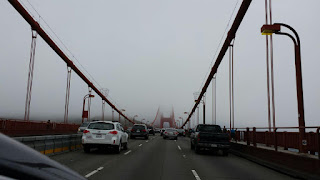 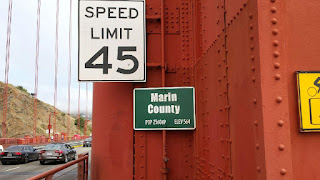 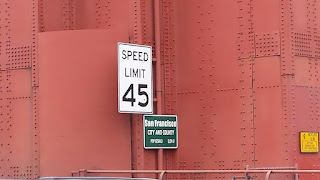 Our destination for the night was Reno. So our route cut across California in a relatively easterly path. We made a quick pit stop in San Anselmo (home of George Lucas) for a photo opportunity with the Yoda and Indiana Jones statues. Then we were off. We ran into some heavy traffic near Sacramento which cost us about 30 minutes of time. We stopped to pick up some lunch at Burger King. And we rolled into Nevada around 5:00. Along the way we picked up the California counties of Sonoma, Solano, Napa, Yolo, Sacramento, Sutter, Yuba, Placer, Nevada and Sierra. 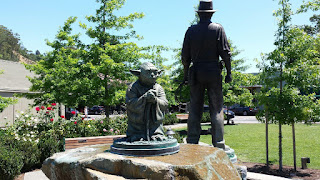 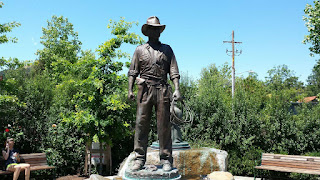 As we crossed into the state of Nevada we entered Washoe County. Although our hotel was here (in Reno) we continued further east. We had one more county to hit before the day was done. We had to drive maybe an additional 20 miles to enter Storey County. And although we could have entered it 10 miles earlier, we continued on in order to enter it later. Why? Because that’s where Electric Avenue was located. And we just had to get a picture there. Did we rock down to it? Absolutely! 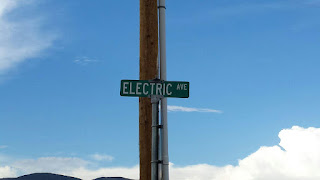 We spent the night at the Grand Sierra Resort & Casino Featuring The Summit. Although we ended up eating dinner at a neighboring casino – the Atlantis.

We woke up on July 4th and checked out around 8:30. From there we headed south into the independent city (and state capitol) of Carson City. We immediately headed east. About four miles later we entered the small community of Mound House – and Lyon County. Before turning around and heading back we saw a VW Bug perched on “spider” legs. Why? Who knows. But there it was. From there we headed back into Carson City, picked up breakfast from McDonald’s, drove due south on HWY 88 (thus entering Douglas County) and crossed the border back into California – and Alpine County. 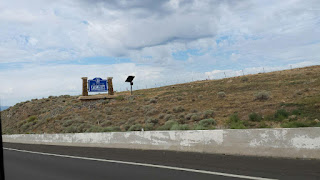 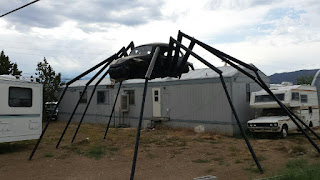 We stayed on HWY 88 for quite awhile, working our way through a mountainous, forested area. We entered Amador County then had to exit the highway in order to enter El Dorado County by a burned-out former lodge (we think) in an area called Iron Mountain Sno-Park. Our next new county was then Calaveras. According to the Mob Rules County website, Amador and Calaveras Counties are two of the least-visited amongst county collectors. We got honked at for slowing down to take a picture of one of the county signs. But it was cool getting the two signs which were on opposite sides of a bridge which spans the Mokelumne River 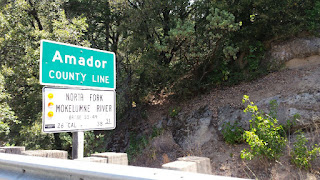 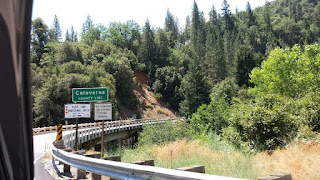 After stopping for lunch in Denica’s in Livermore, our next destination was the former headquarters of Atari. Back in the late 1970’s and early 1980’s, a lot of magic was created at 1265 Borregas Avenue in Sunnyvale. Today it’s just an empty office building. Just down the street at 1196 Borregas Avenue was another one of their offices – a place they moved to in the mid-1980’s. To get there we passed through San Joaquin, Stanislaus, Alameda, Contra Costa and Santa Clara Counties. 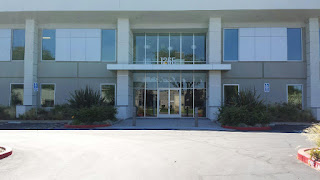 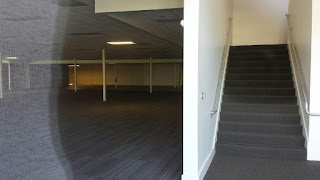 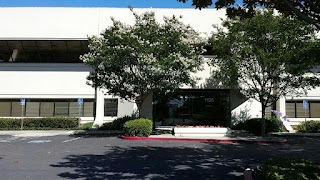 We then headed to the Winchester Mystery House in San Jose – former home of Sarah Winchester, heir to the Winchester Rifle fortune. This 160-room mansion features stairs to nowhere, doors that open to drops to the floors below and cupboards with less than one inch of storage space. To say it’s odd would be an understatement. But it’s definitely worth a tour. Unfortunately photography is not permitted inside the mansion. But pictures outside are ok. 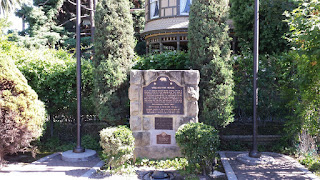 Since there was still plenty of daylight left, we decided to take a diversion from our planned route and take a drive up the coast on HWY 1. In order to get there we took HWY 101 south out of San Jose and worked our way over to the coast. In doing so we hit two bonus counties: San Benito and Monterey. We then drove along the coastline on HWY 1 getting wonderful views of the Pacific Ocean as we headed north. Our final new county was that of Santa Cruz – a county that would have been #28 for us. Instead it ended up being #30. We then returned to the same hotel that we’d stayed at in San Mateo two nights earlier. Our flight back home was leaving at 6:00 the next morning. So an early rest was necessary. 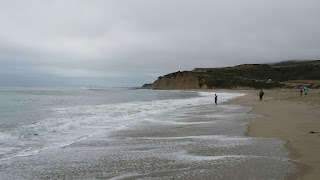 For the weekend we hit 30 new counties and independent cities – 25 in California and five in Nevada. Where are we going next? We’ve got a nine-day road trip to the northeast planned two weeks from now. We’ll see you then!


7/17/17 UPDATE: We recently realized that in putting our county list together, we had inadvertently failed to include two counties that we had previously entered. On a summer, 2014 road trip, we went to Disneyland in California (Orange County). And upon leaving Disneyland for Las Vegas, we entered Riverside County as well. So even though it says 978 total counties in this post above, the actual number at the time was 980.
Posted by TWORIVERSWALRUS at 2:46 PM